150,000 bibliophiles filed through USC campus over the 2014 weekend, and a few Dodger fans found their way to the UCSD booth, where I was representing with other alumni authors.  Having gone to UCSD and USC myself, it was the best of both worlds.  As usual, made fast friends with lots of readers.  Thanks to Jennie Van Meter for running such a smooth ship... er, tent! 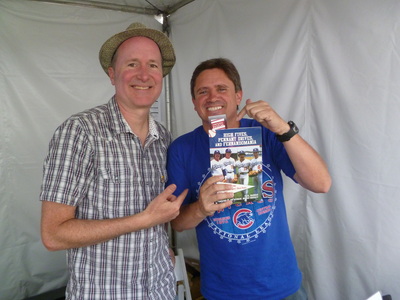 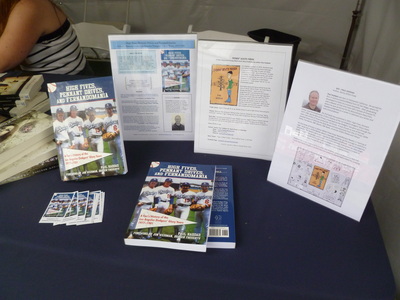 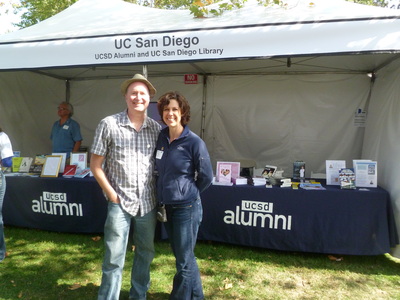 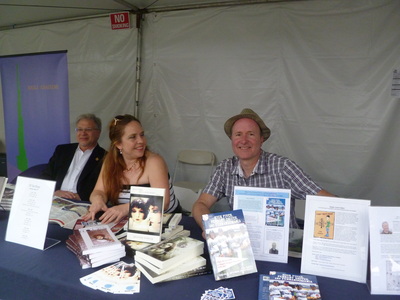 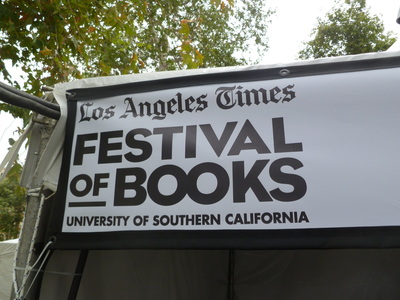 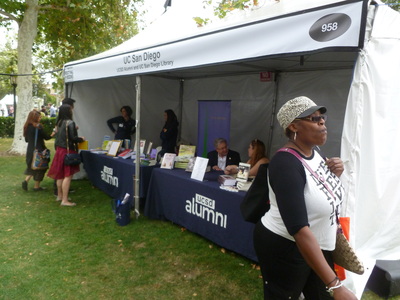 Well, the Dodgers couldn't quite squeak out a win on Vin Scully Bobblehead night.  But there was good cheer in the hours leading up to the game.  How could there not be when there was a rainbow outside?  The signing took place in the right field parking lot gift shop.  I gleaned some great stories from longtime fans.  Thanks to the Dodgers for making this happen. 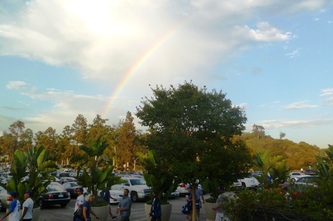 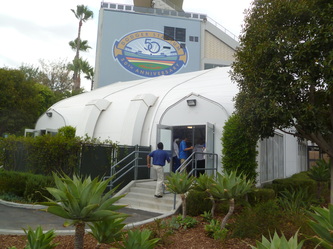 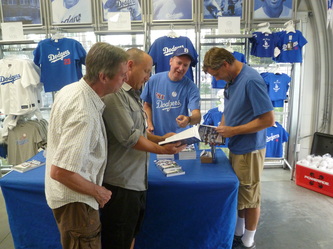 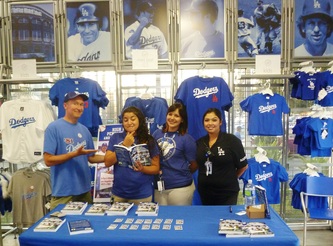 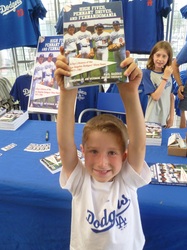 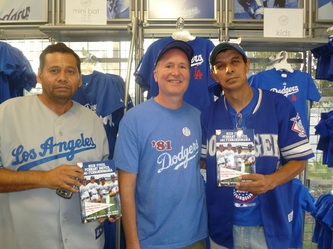 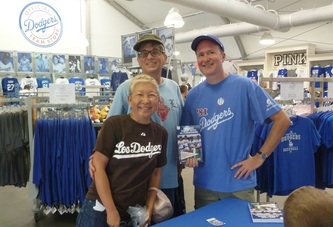 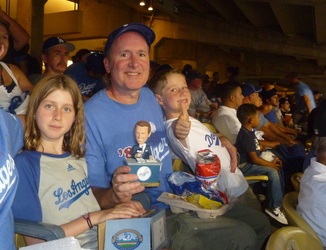 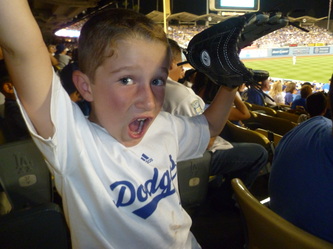 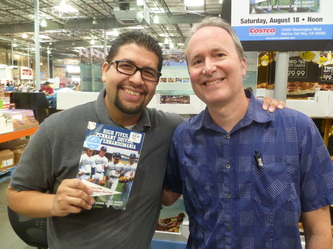 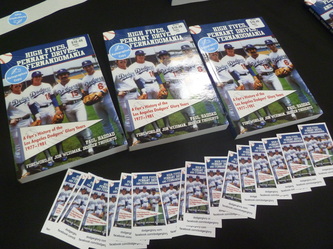 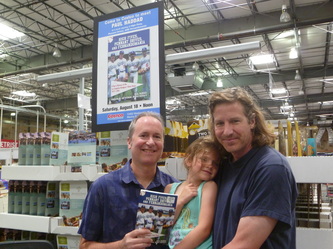 Several things to report from this book-signing: Three people asked if I played for the Dodgers (I wish); Sandy, the traveling saleswoman in the booth next to me selling pull-out Beds, paid for a copy even though she had zero interest in the Dodgers (thank you, Sandy!); and the signing itself almost got cancelled due to a blackout that knocked all the power out of the store right before my event was supposed to begin (after customers were cleared out, the inside looked like the aftermath of a zombie mall takeover in "Dawn of the Dead").  Fortunately, DWP came through and the power held up for the next 2 1/2 hours! 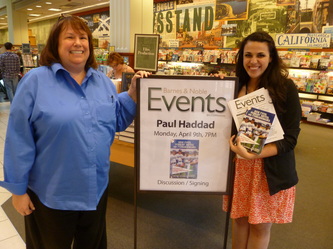 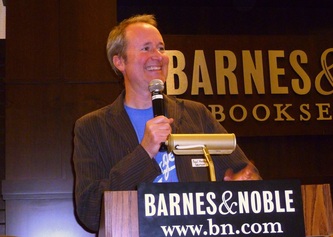 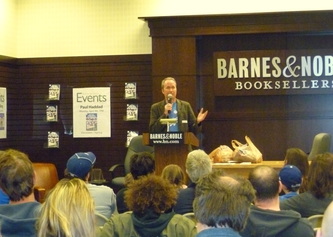 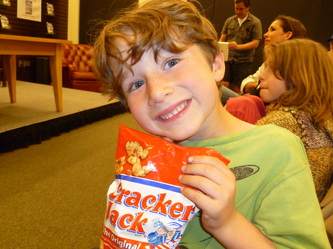 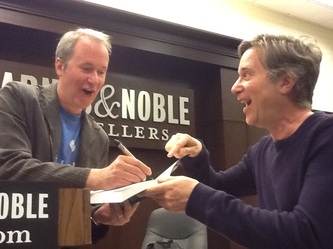 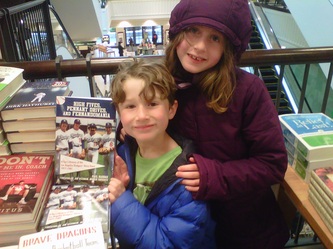 Here's a Pop Quiz during my reading, with an ode to Dodger Stadium peanut vendor Roger Owens. 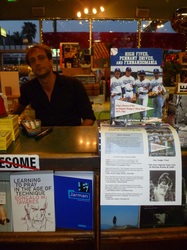 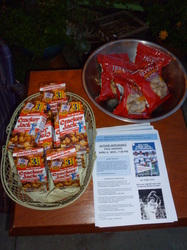 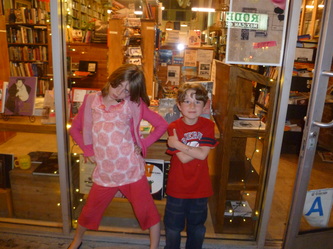 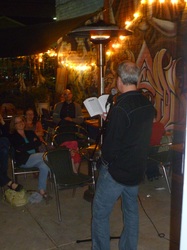 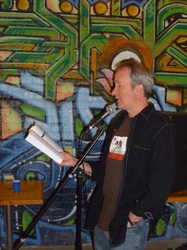 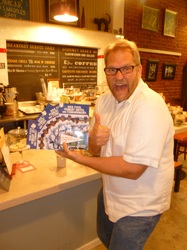 You can email me here, or on the Contact Page.