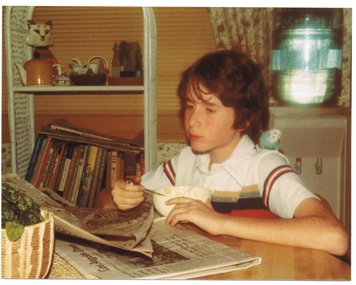 February 1979: Obsessing over the L.A. Times' sports section, scoping out the Dodgers' spring training schedule while Tweety our parakeet looks over my shoulder. It was very important to me to record the Dodgers' first home run of each pre-season. 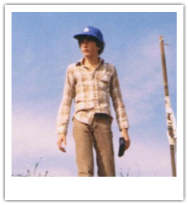 Young boy becomes enamored with the Garvey-Cey-Lopes-Baker-Smith Dodgers of the late 1970s and early '80s.  Starts sneaking transistor radio under his pillow at nights to listen to the familiar, soothing tones of Vin Scully.  Actually believes manager Tom Lasorda when he says if they cut him open, he'd bleed Dodger Blue.

A lifelong resident of Los Angeles, I grew up when the Dodgers were, along with the New York Yankees, the face of baseball.  Their nickname then was the Big Blue Wrecking Crew -- a reaction against Cincinnati's Big Red Machine -- and the nickname was warranted.  In addition to finishing at or near the top in National League team ERA, the Dodgers regularly led the league in home runs every year, giving the team a deadly one-two punch against their NL opponents.  My 11-year-old obsession with home runs -- and Vin Scully's classic calls of them -- propelled me to extensively record their games off the radio so that I could listen to them over and over. 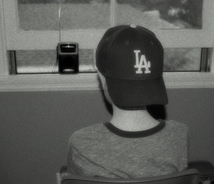 A boy, his transistor and Vin Scully
I became a Dodger fan at the end of 1977, but it was in 1978 that I started to record games off KABC 790's radio broadcasts.  My technique was to record entire games (when I could) on cheap audio tapes that I picked up from the Thrifty Drug & Discount store in Beverly Hills.  If any home runs were hit, I transfered those recordings to another tape, which I named "Homerun Highlights."

Gradually, my tape collection expanded to include Dodger rallies, great catches and stellar pitching performances, even "live" reports from Dodger Stadium.  By the end of the 1981 season, when the Dodgers finally won the World Series, I retired the whole endeavor, leaving behind of treasure trove of magnificent memories from the 1978 to 1981 seasons. 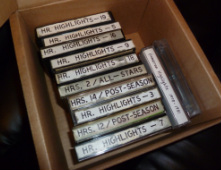 Collection of Dodger tapes
I remained a loyal Dodger fan for most of the subsequent 30 years.  I never did realize my dream of becoming a baseball announcer, but the seeds were planted in those years for my future in broadcast media.  Still, thinking about these old Dodger tapes, something nagged at me.  Aside from playing them on occasion for some friends, it seemed almost criminal not to share them with the Dodger community -- those who grew up with the late '70s / early '80s teams, or younger fans who simply wanted to explore that era.

High Fives, Pennant Drives, and Fernandomania was born out of my desire to share those memories with as large an audience as possible.  On another level, I wanted to give back to the Dodgers as well for providing me with years of joy in my formative years, and so a percentage of proceeds I make from the book are being donated to ThinkCure!, the Dodgers' charitable foundation.

Short of owning our a Flux Capacitor, it's my hope you'll find my book to be the next best thing to revisiting those special years.